Getting Better My Way

Get your tool here 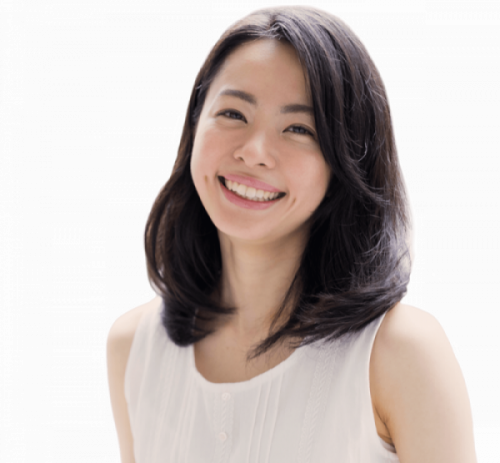 What is a Health Self-Management Program?

Self-management programs encourage people to work towards their own recovery. Basically, by taking small steps or changing little things in our daily life, we can start to feel better.
As with bodily health, every small step counts when it comes to mental health. To help yourself feel better on a more regular basis, it’s crucial to plan and prioritize things that make you feel good, and to schedule them in! There is no one-size-fits-all wellbeing recipe out there. We each have to build our own personalized “feel-good” strategy. 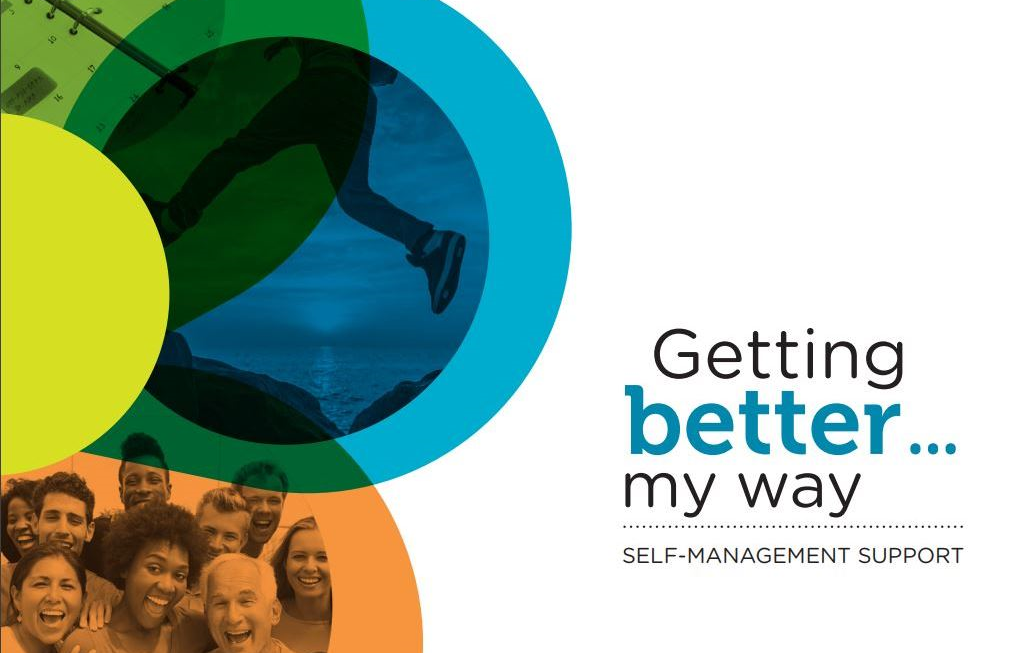 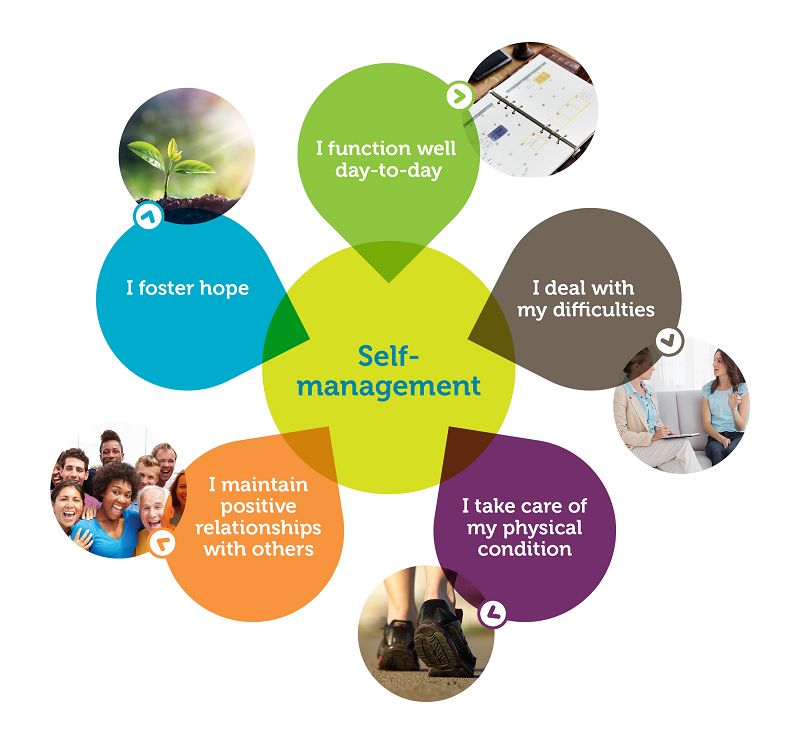 How Do We Self-Manage then?

Anyone who wants to successfully manage their mental health, needs to get to know themselves really well. What are my strengths and weaknesses? What warning signals do I get when my stress levels go up? Or when a wave of negative feelings hits? We all need to be aware of the behaviours that promote good health. We should also know where to find resources when help is needed.

CHECK YOURSELF & CHOOSE YOURSELF!

Self-management requires systematic self-assessment. That means checking in with ourselves and observing our own fluctuations in mood, stress levels and wellbeing. Self-vigilance helps us notice the warning signs at the onset of despair or distress, letting us know that our health may be in a vulnerable state.

Choose yourself! Our choices about mental health can only have a positive impact if we can bring ourselves to take action. Action is a key factor in self-managing for mental health. While it’s important to act daily to preserve our wellbeing, being able to take extraordinary measures in tougher times is also an important thing.

It is important to choose behaviours that promote wellbeing on a daily basis, in order to build both physical and mental resilience. In specific contexts, we might receive warning signals telling us that our mental health is in jeopardy. We need to be ready to with a range of options and solutions, and to choose behaviours that won’t exacerbate the issue or fuel a threat to our health. In the case of chronic illness, having a pre-determined prevention plan or action plan can help avoid relapses and help us to make better decisions when in critical situations.

Why advocate self-management programs for depressive disorder and anxiety disorder?

of individuals will suffer from depression at one point or another in their lives.

of all mental health disorders reported in Quebec are in fact depressive and anxiety disorders.

of people relapse within 5 years after recovering from a depressive disorder.

SELF-MANAGEMENT IN THE CONTEXT OF DEPRESSION/ANXIETY

Beyond recourse to conventional treatments, it is beneficial to gain a proper understanding of the illness and to be aware of the precursors that occur prior to episodes of depression or anxiety. This awareness can help in promptly recognizing new episodes and in developing strategies for optimal day-to-day mental health. We call this “self-managing” your depression or anxiety.

Resources are available to help depression or anxiety sufferers gain an awareness of the illness and develop self-management skills. The community-service organization Revivre holds group workshops (Anxiety Self-Management Workshop). Self-care guides are also available (Anti-Depressant Skills Workbook). Support from a health professional or other qualified individuals also proves useful in acquiring some basic coping skills and in learning how to avoid relapse for this type of illness.

It is important to note that it is plausible and possible to live a full, healthy and active life – even after experiencing one or more episodes of depression or anxiety.

SELF-MANAGEMENT AS AN ADDED VALUE

Practice guidelines recommend that self-management support tools  – when treating depressive disorders and anxiety disorders – should not be intended as a replacement for regular treatments such as drug therapy and psychotherapy, and should be viewed as follows:
• a complementary intervention tool to consolidate and cement behavioural adjustments with a view to preventing relapse
• a practice that focuses on the recovery phase

Self-management has proven effective in diminishing symptoms, in generating greater engagement with the treatment process, in increasing confidence with respect to self-reliance, and in improving quality of life.

The Getting Better My Way tool presents self-management strategies (taken from the Je vais mieux study) in an accessible and easy-to-follow manner!

It follows a four-step process. This begins with a review of what the user is currently doing as part of their recovery effort, then the user rates each of the proposed strategies based on personal preference and lifestyle. This approach fosters an awareness of one’s own strengths and uses a personalized action-plan approach, and speaks to the very unique and deeply personal nature of the recovery effort (Mental Health Commission of Canada, 2015).

Once on the website, the user is asked to select from a bank of strategically chosen means (which is the fruit of scientific research) to support their own wellbeing. A self-management plan is then generated. The plan is user-friendly and can be updated by the user as desired.

The tool was developed by a panel of experts and qualified professionals working in the mental illness rehabilitation field, including caregivers, community-based and institution-based clinical staff, researchers, and administrators. By leveraging their intersectional experience, the tool was designed to respond to the real needs of people  living with mental health challenges.

As part of the Je vais mieux! study, as many as 60 different self-management strategies were distinguished and categorized into five recovery threads: clinical, functional, social, physical and existential. For instance, study participants found it beneficial to consult a mental health support provider (clinical), design a daily wellbeing routine (functional), do volunteer work (social), adopt healthy lifestyle habits (physical), or commit to a personal life goal, project, or dream that felt meaningful for them (existential).

Read more on a review of frontline implementation funded by Réseau-1 Québec.(French only).

1. A transdiagnostic approach: a tool that works for anyone suffering from either depression or anxiety (including bipolar disorder).
2. An emphasis on experiential know-how (knowledge gleaned from a panel of Quebec experts via patients, clinicians, clinical consultants, administrators, researchers and via the Je vais mieux study)
3. It starts with an acknowledgement of a person’s strengths and works towards a personalized support plan, based on individual preferences and lifestyle.
4. It presents a broad range of self-management strategies to choose from, across five broad threads that can lead to recovery. 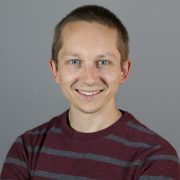 Benoit graduated with a master’s degree in history at UQAM, where he has continued to work in a research capacity since 2012 as the administrative coordinator and webmaster for Laboratoire Vitalité – a community psychology research laboratory. Benoit oversees web-development for the Getting Better My Way tool and actively assists in programming and web-design endeavours, most notably through his work on setting up a repertoire of helpful resources. 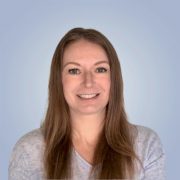 Kadia is a doctoral candidate in community psychology at UQAM. Her research interests center on the development of community health endeavours. Kadia is charged with revising the GBMY tool with a view to releasing Version 3. She was also involved in producing video capsules and setting up a repertoire of helpful resources.

Hugo is a web integrator, web developer and head of design at the agency Web Lounge, with over 10 years of experience as a senior developer on TYPO3 and WordPress. Hugo is the programmer behind the platform for our Getting Better My Way tool. The launch of our web-based tool was made possible thanks to Hugo’s superior skills and level of expertise, contributing on many levels – from the structure, to programming and overall development. 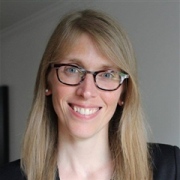 As a caregiver at the Revivre organization, Annie supports recovery and rehabilitation efforts for people living with anxiety, depression and bipolar disorders. For over 20 years now, she has been head coordinator for the Pairs Aidants Réseau (caregivers’ network) program within the Association québécoise pour la réadaptation psychosociale (AQRP). Annie was involved in every phase of the Getting Better My Way tool development.

Félix Arseneault holds a bachelor’s degree in communications from the University of Laval and a master’s in information science from the University of Montreal. Félix contributed to adding some finishing touches to the Getting Better My Way tool’s online platform. Bringing new perspectives to the project in the final stages, his involvement led to a more dynamic and interactive final product. His assistance in producing video capsules also proved invaluable.

Studying for a bachelor’s degree in psychology at UQAM, Sandra has a keen interest in mental health and community wellbeing, as well as in empowerment, environmental psychology and art therapy. She was also involved in producing video capsules and setting up a repertoire of helpful resources for the Getting Better My Way project. 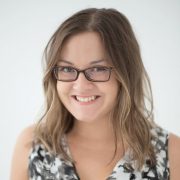 Stephanie is a doctoral student in community psychology at UQAM. Her research interests center on the use of participatory action research in research endeavours to examine social inequalities in health matters. Stephanie was involved in every phase of the Getting Better My Way tool development, from its humble beginnings and its very first paper version. She also appears in a video capsule presenting one of the Getting Better My Way project development phases on the website. 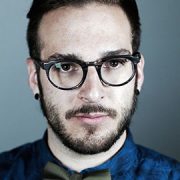 Simon Coulombe is an adjunct professor at the Université Wilfrid-Laurier and has been working as an associate professor at Laboratoire Vitalité since 2016. Conjointly with Janie Houle, he has worked on the Flash on My Neighbourhood!, Getting Better My Way, Savoirs partagés, Espaces verts et santé mentale projects. Simon’s fields of expertise center on wellbeing, resilience, self-empowerment and personal initiatives residential settings, self-management initiatives in community mental health services, the socio-ecological model and instrument development. 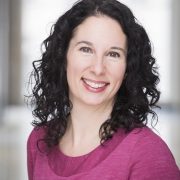 Dr. Janie Houle is a researcher and community psychologist. Her work centers predominantly on self-management initiatives for mental health disorders, with a focus on positive mental health and recovery. In her research endeavours, Dr. Houle concentrates her efforts on rehabilitation for depressive disorders, attending just as much to the lessening of symptoms as to the bolstering of positive wellbeing. Her research at Laboratoire Vitalité is part of a communal objective to improve mental health for vulnerable populations (e.g. low socio-economic status and other challenges related to mental illness).

Getting better my way: Feasibility study of a self-management support tool for people with mood and anxiety disorders.

Profiles of Recovery from Mood and Anxiety Disorders: A Person-Centered Exploration of People’s Engagement in Self-Management

Self-Management Strategies in Recovery From Mood and Anxiety Disorders